The glorious Southbank Centre have been running a Festival of Love throughout the Summer months. This saw all manner of events, talks and goings on around the theme of L.O.V.E. It culminated (climaxed? (sorry) with the Big Wedding Weekend on the final weekend of August. I mentioned this previously, as I really have nothing else to talk about, and it saw 70 couples getting hitched en masse in the Royal Festival stage before having food, photos, drinks and a massive reception in the Clore Ballroom with the London Big Gay Band and me as the DJ. Yes! 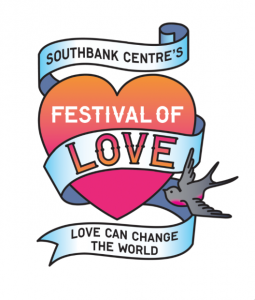 Suffice to say it was possibly the greatest gig I’ve ever been asked to do and done as I LOVE a wedding and it being a wedding x 70 the excitement was close to fainting levels. Couples from all manner of backgrounds, ages, sexes and creeds were celebrating themselves and love in an unique and magical event. Apologise if I sound somewhat gushing, but it really was. I feel somewhat privileged / honoured / lucky / giddy to have been part of it and part of so many peoples’ big day.

What with it being a somewhat DOCK OFF party, it seemed only fitting that one had a frock to match. Seeing as this was probably the closest I was going to get to wearing a wedding dress EVER (not begging for sympathy, I am more than aware that no one wants to take this on ’til death do us part) I thought I may as well go for it. The clever minded and fingered Ana Kostina helped bring the dream to life, with a massive white ruffle / ball of meringue which LIT UP! SCREAM! It’s possibly the greatest thing I will ever own. I still can’t put it in the wardrobe as it’s so ace. It deserves more than to be banished into the darkness. Although whether more is hanging up on a doorframe, I’m not sure. But at least I can see it and swoon.

The parties were incredible. When the couples took to the floor for the mass first dance it was both hilarious and moving. Especially as you saw how they were all in their own world cheered by their friends and family, yet still part of one big massive occasion together. It was quite magical. Then they just went crackers as you should do on your wedding day and all the different wedding parties  were dancing with each other, pouring champagne down each others’ necks and having the biggest conga I think I’ve ever witnessed in my life. Also, as it was open tot he public, there were plenty of wedding crashers who kind of were but weren’t and just added to the whole vibe. It was ridiculously ace. On both nights. In an increasingly scary world it’s nice to have these pockets of love and celebration. Oh dear, I’m getting a bit gushing again. Can’t help it! It was a wonderful thing. 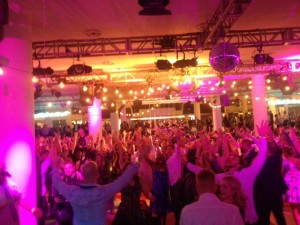 To top off what was an already astounding weekend, the Southbank asked me to stay in A Room For London, the boat-shaped hotel room on top of the Queen Elizabeth Hall for the night as their “Artist in Residence”. I KNOW. I nearly fell off my chair when they asked me. You can read more about it here. It’s your own private place in the middle of the city, on the banks of the Thames, Big Ben to the left and St Pauls to the right. Incredible views of the city, so much so that I slept with the blinds open and I kept waking up and swooning then going back to sleep again. Still can’t believe I stayed there. You can enter a ballot to be elected to stay there or prance around in a lit up frock playing records at a meta wedding disco and they invite you instead. You may need to do the former seeing how I’ve already done the latter soz. 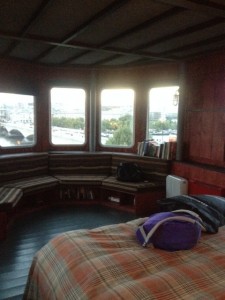 It was quite simply a wonderful weekend. So much happiness, love and fun was totally infectious and somewhat marvellous. Love really does save the day. SIGH.