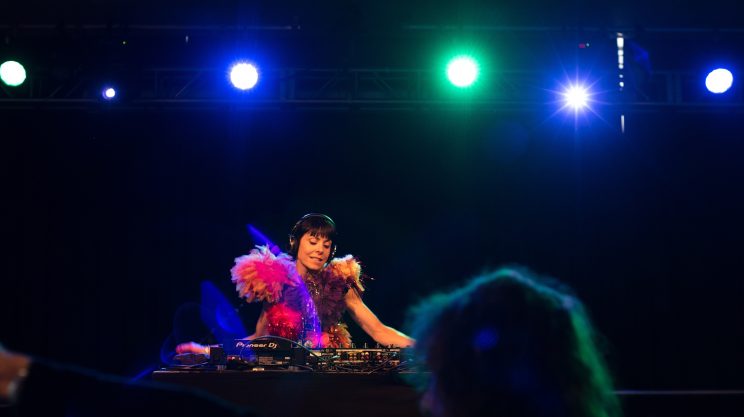 A One Stop Party Shop

Anna is a party DJ who brings much more to her performances than playing one record after another. Inspired by the music she plays, resplendent in sequins, spangles and bespoke outfits she brings the dance floor to life with a non-stop whirlwind of disco dancing djing spectacle.

Anna is a party DJ who brings much more to her performances than playing one record after another. Inspired by the music she plays, resplendent in sequins, spangles and bespoke outfits she brings the dance floor to life with a non-stop whirlwind of disco dancing djing spectacle. Having honed her craft at the hugely successful Guilty Pleasures club nights, becoming one of the main acts at KOKO and beyond, she has turned her hand – and indeed stiletto heel – to her Show Off brand of djing performance.

Her sets are dance floor focused, she is all killer-no filler fun. Her taste embraces the full spectrum of disco, pop, hip hop, rnb and more, but always flexible and tweaked to each individual event.

From H&M, BAFTA, Soho House Group, Red Magazine to Glastonbury, Latitude and Vintage festivals as well as countless weddings, private and corporate parties and even the dizzy heights of Wembley Stadium with George Michael. She has a wealth of experience in the djing world, adapting each set and music to the event, reading the room and dialling up or down the razzle-dazzle accordingly.

Be it as dj, host or compere, her reputation as the party-starter has seen her take her suitcase of sequins, records and razzle-dazzle across the globe Never less than professional and discreet yet always enthusiastic, she brings her natural flair for entertainment to make the party pop.

Anna has compered many a cabaret night, writes and hosts extremely low-brow quizzes and runs many a bonkers karaoke night.

She has brought her ability to connect to a crowd to the world of radio having co-hosted the Guilty Pleasures show on BBC London with Guilty Pleasure’s head honcho Sean Rowley. She’s written and presented various podcasts and appearing on the likes of BBC 6 Music. Suffice to say Anna is comfortable behind the mic be it on stage or in the studio.

Listen to a Mixcloud mix here

Anna on stage in Barcelona

From clubs to events, product launches to weddings, Anna has got the dancefloor in a tizz and the party started every time, commanding the crowd with charm. Here are some edited highlights from her wealth of experience:

“Anna Greenwood is mesmerising behind the decks, creating a show that’s way more than just a DJ set with her fantastical costumes and enthusiastic dance-moves. Her energy is 100% infectious!” Ruby Warrington, Sunday Times Style

It’s always nice to make the effort and dress up. Anna has a secondary wardrobe made entirely out of sequins, spangles, fringing and er, hair… 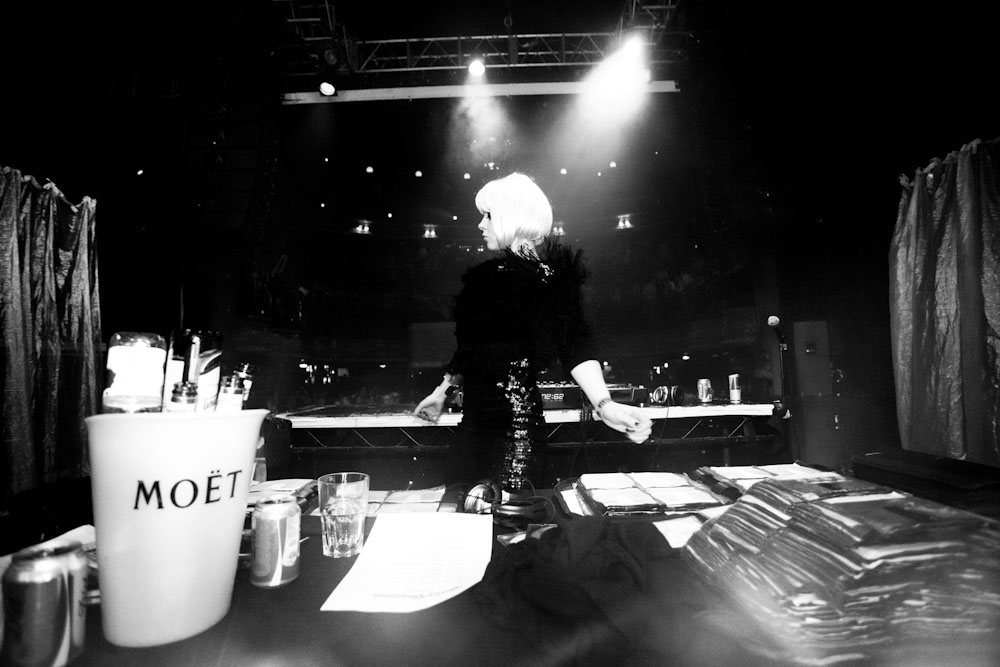 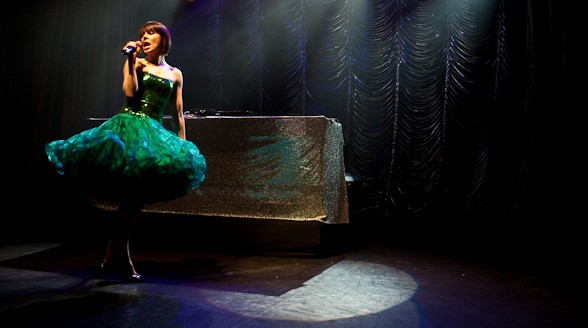